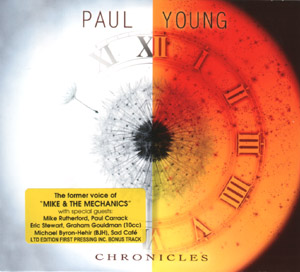 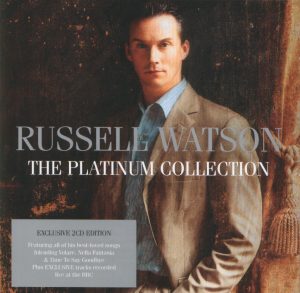 “The Platinum collection” Released November 2010 went straight into the Official U.K pop chart at No 14

The Album includes a selection of new previously unreleased songs. 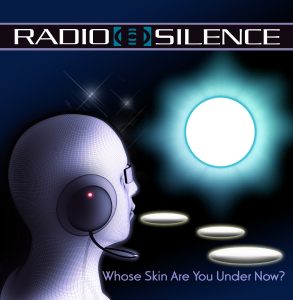 “Whose Skin Are You Under Now” Released July 2009

The Album was co-produced with Martin Kronlund [Escape Music ] 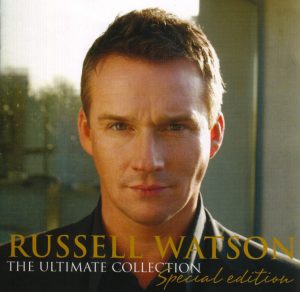 “The Ultimate Collection” Special Edition [ 2008]
This Special edition Album was released in May 2008 featuring a bonus CD of a ‘live’ Album recorded at The Royal Albert Hall. The Album stayed in the U.K. top 20 pop chart for 6 weeks. Alistair produced & co wrote tracks on the Album & also appeared as a backing vocalist on the Live Album.
[Decca / Universal records] 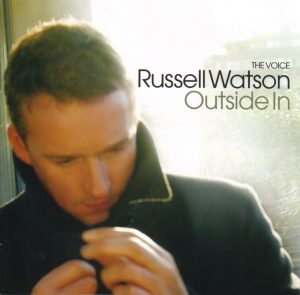 “Outside In” [2007]
This Album was released in November 2007 during Russell’s well publicised critical illness. Despite Russell being unable to promote it , the Album yet again went straight to No 1 in the Classical / crossover charts & No 14 in the official Pop charts where it remained for 3 months.
The Album was certified Gold in January 2008.
Alistair co-produced 2 tracks on the Album.
[Decca / Universal records] 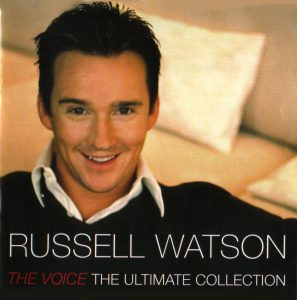 “The Ultimate Collection” [2006]
Artist Russell Watson released in March 2006 the
Album in its first week went straight to number 1 in the Classical
chart and more importantly number 2 in the official U.K. Pop chart.
It remained in the Top 10 U.K. pop chart for for 5 weeks. It was also No1 in Canada and New Zealand for 4 weeks.
The Album is certified Platinum.
Alistair had 4 tracks on the album 1 of which he wrote.
[Decca / Universal records] 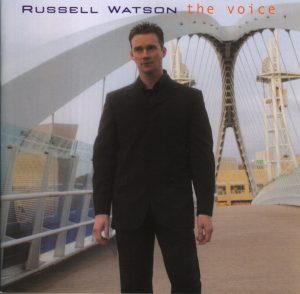 “The Voice” European Album. [2005]
This Album was released in Europe and contained some tracks from Russell’s debut Album , but also featured new tracks.
The album was number 1 in Portugal for 7 weeks and in the top 10 of several other European territories. [Decca records] 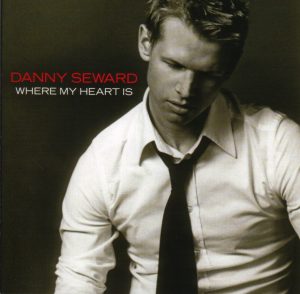 “Where my heart is” [2005] Artist Danny Seward
As well as being an accomplished pianist and singer / songwriter, Danny’s [day job] was as an actor where he appeared in many TV dramas / soaps including The Bill and his role as Joe Berisford in ITV’s Where The Heart Is.

It was during the filming of his 3rd series of Where The Heart Is that demo’s of his songs were presented to E.M.I. In between filming Danny went to London & played & sang “live” to the record label.
The deal was done that day & the Album was recorded mixed & mastered during the 11week period he was still filming. Three of the songs from the Album were featured in different episodes of the drama. [E.M.I records] 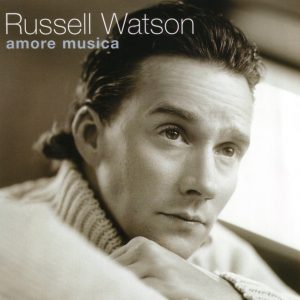 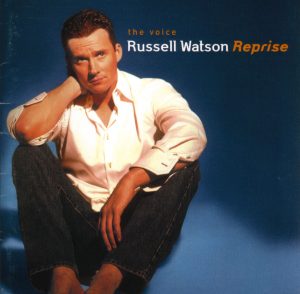 “Reprise” U.S.A. [2003]
The Album contained some tracks from the original Reprise album plus 4 brand new recordings including, the song ” Did you ever” co-written by Alistair Gordon. [Universal records] 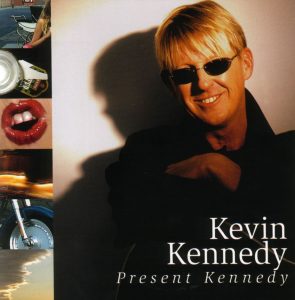 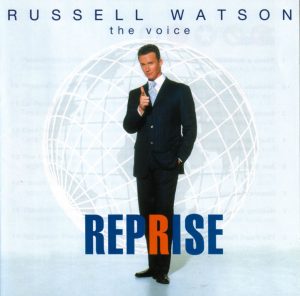 The single Faith Of The Heart, featured on this album was used as the opening theme for the opening of the Commonwealth Games held in Manchester 2003, which Russell performed “live” to a T.V. audience of over a billion viewers.
This song is also used as the theme for the current Startrek TV series. 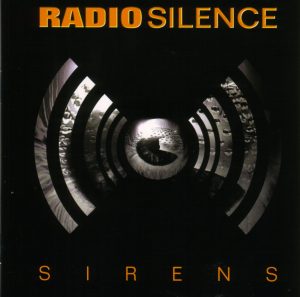 This is the second Radio Silence studio Album . It was recorded at Ocean Reach studios & Grand canyon studios in Vancouver & mixed by Ray Roper at Premier studios Vancouver. The Album was recorded in 2000 / 2001 co-produced with Steve Morris & released in Europe by Escape music. 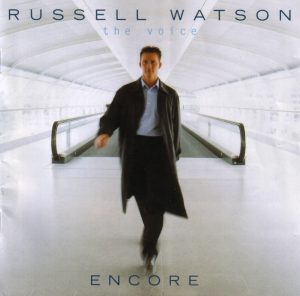 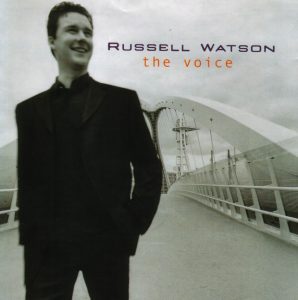 “The VOICE” [2000] Artist Russell Watson co-produced the song “Barcelona” a duet featuring Shaun Ryder of the[ Happy Mondays ] plus co wrote the song “Someone like you” another duet with Cleopatra. The Album was Number 1 in the Classical charts in the U.K. U.S.A & Canada & Number 9 in the Official U.K.Pop chart. The Album is about to go Triple Platinum in the U.K. & Gold in the U.S.A.It is Double Platinum in Australia & New zealand. Also released in Europe [2004] was number 1 in Portugal.
The Album won 2 awards: Best Classical Album of theYear & Best Newcomer at The Brit Awards 2001. [Decca Records] 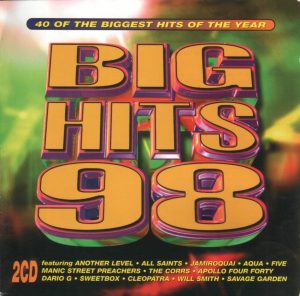 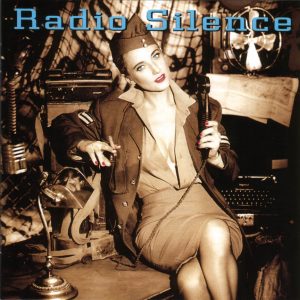 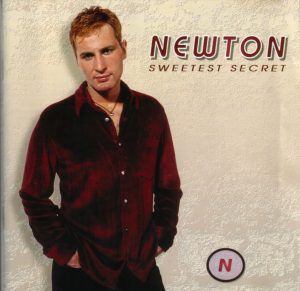 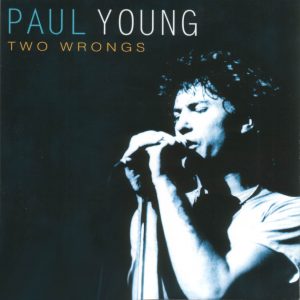 “Two wrongs” co written by Alistair & Paul was released in Germany on March 28th 2011 & reached No 2 in the Official German Radio chart & stayed in the Top 20 for 5 weeks.
Taken from the Album “Chronicles”
Escape music. 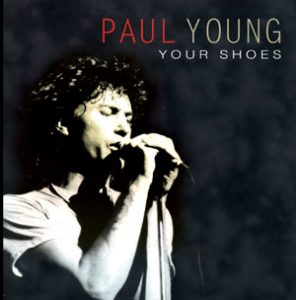 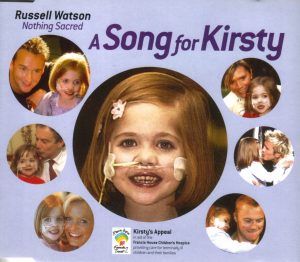 “Nothing Sacred” [2002] [A Song For Kirsty] Artist Russell Watson Number 13 in U.K. 2002, Decca Records. All proceeds from this record went directly to the Kirsty Appeal , which raised over a million pounds. 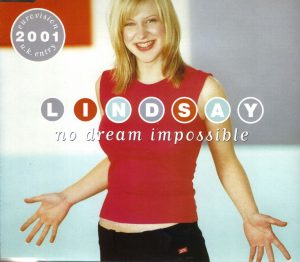