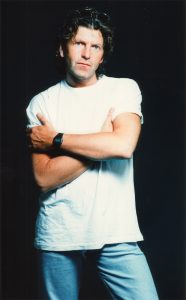 Alistair Gordon has been working professionally in the music industry for many years.

He was already a successful & accomplished singer / songwriter & musician before he began producing records which he started from his home studio in 1996.
Since then he has produced several Multi Platinum & Gold Albums & singles released in territories all over the world.

Alistair has recorded, written with, and / or produced the following artists:

As a songwriter Alistair has worked with & written songs for:

Paul Young (Mike and the Mechanics), The AverageWhite band, Alan Hull ( Lindisfarne), Sad Cafe, Kellie While (Albion Band) and Russell Watson. Alistair had a Top ten hit in the U.K. & all over Europe with a duet featuring Russell Watson & Faye Tozer from Steps with the song “Someone like you” (2002) which also
featured on many Hit compilation Albums worldwide.

After forming and fronting his own bands and performing “live” in many varied pubs, clubs and theatres all over the U.K. as Lead singer/ songwriter, Alistair gained valuable experience, listening, learning and crafting his songwriting and performing skills.

By the age of 18 he had signed his first music publishing deal with Chappell Aznavour, and at the same time was signed to 10cc’s management company Kennedy Street Enterprises. A year later after relentless gigging, he and bass player/ writer Mark Holding, were signed up to Polydor Records Worldwide under the band name ” Scott & Batische “. Whilst making an Album, the duo began a series of support tours supporting acts from Split Enz, Ace, The Motors, Racing Cars, to a handful of support gigs with the newly signed Sex Pistols.   Read more on the artist page..